My 2 Cents Worth on “Shuffling My Feet” 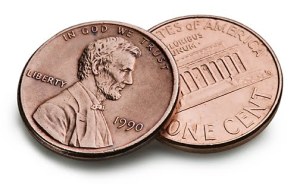 Thanks to all who commented on this matter. Here are my thoughts on this.

The purpose of shuffling one’s feet while engaged in a tournament was to lessen the tension that was building up when the author was trying to score well during a tournament. This is unfortunately typical of the routes that archery “conventional wisdom” gets passed along. A suggestion from a stranger is first rejected, then later attempted with some positive results and a new practice is adopted, then that story is passed along in an “it worked for me, maybe it will work for you” fashion.

To figure out whether this practice is “good advice” one needs to consider what the alternatives are. What else can be done to lessen the pressure we put upon ourselves to score well when that pressure becomes debilitating?

First, I think that some of that pressure is desirable. It leads to increased focus and intensity. What we do not want is for the pressure to score well to build up until it inhibits good execution. So, what are some alternatives to shuffling one’s feet?
• One could wiggle one’s legs (without moving one’s feet)
• One could develop a mental program that channeled the pressure better
• One could use breathing exercises
• One could shake the tension out through one’s hands
• One could adopt a key like rattling the arrows in one’s quiver to trigger a relaxation
• One could use a tension reducing sequence like curling one’s toes and relaxing them followed by tensing various other muscles and then relaxing them.
There seem to be a great many alternatives. (I could think of more, but …)

What, then, are the pluses and minuses to moving one’s feet. For one, it does break the routine that was allowing the pressure to increase to unacceptable levels. That’s a plus. For a minus, if one’s feet are perfectly placed, moving them means that they are less likely to be perfectly placed for the next shot. (The author himself emphasized the importance of a proper stance). This introduces another measure of variation into the shot and makes one less consistent. Maybe the cost of this tension reducer is higher than some of the alternatives. (I think so.)

Once the pressure problem has been identified, the best way to deal with it is to not just settle for the first thing that works better than doing nothing. Rather than comparing the results against doing nothing, one needs to identify a number of things one could do and pick a couple to experiment with. Pick one of those that seems to fit one’s personality and start there.

The evaluation needs to include both the positive and negative aspects of each option. I think moving one’s feet is a big negative and would not recommend that unless nothing else worked.

4 responses to “My 2 Cents Worth on “Shuffling My Feet””